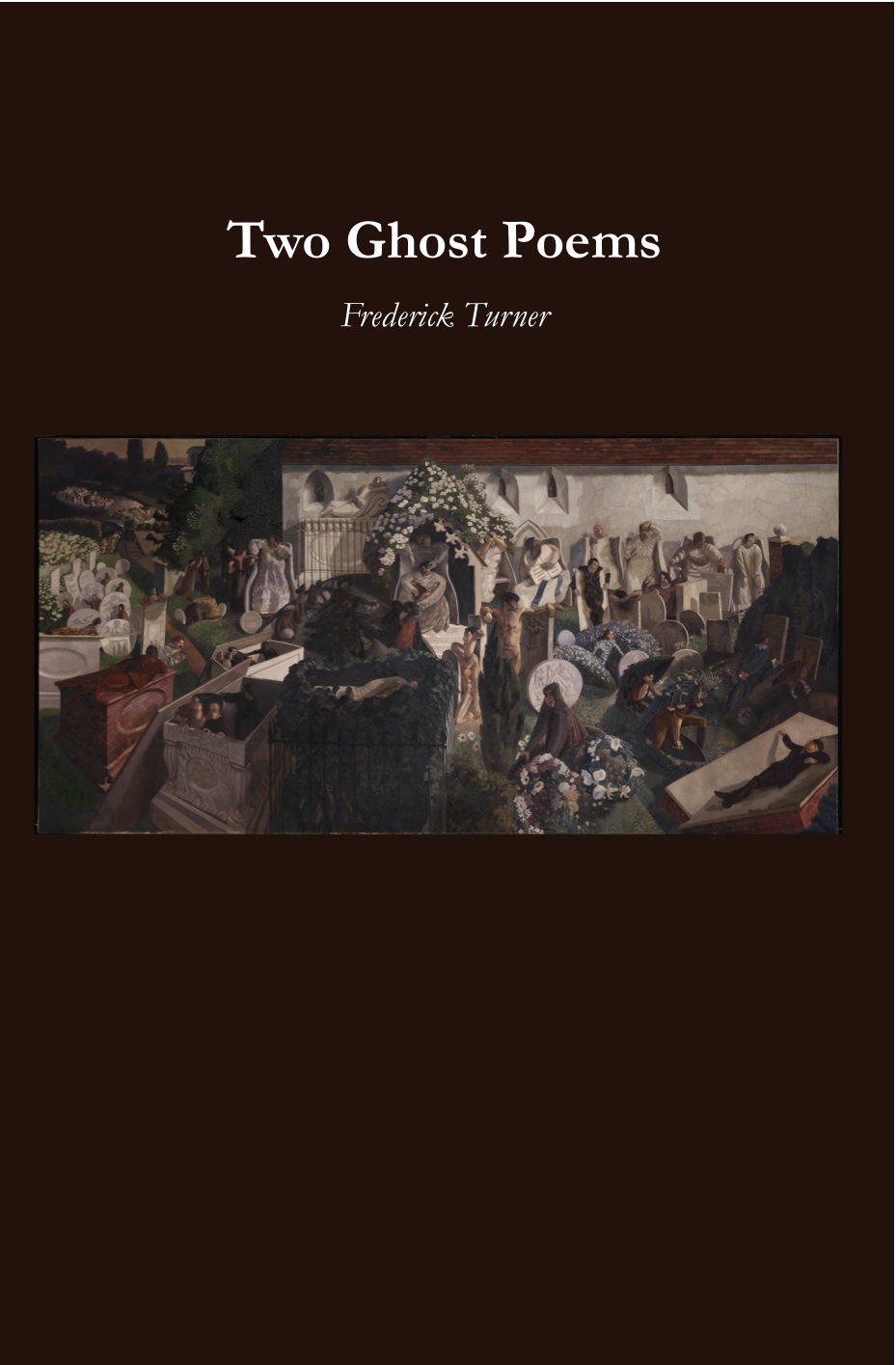 The classical elegance of Frederick Turner's collection Two Ghost Poems is matched by its sweeping evocation of journeys-- physical, spiritual, and intellectual.

"Myth, religious parable, and science fiction are genetically recombined into lyrical new forms of being. Turner has taken up the most ancient challenges of the poet, delivering poems as intellectually charged as they are formally challenging."--Paul Lake

"Fred Turner is a polymath as well as a poet and I love his work. I have his extraordinary epic poem 'Genesis' in a place of honour on my bookshelf, next to those of Homer, Virgil and Milton"--Martyn J. Fogg, President of the British Interplanetary Society

"Frederick Turner...has been called a universal scholar-a rare find in a world of over-specialization-whose work transects and borrows from several rather disparate fields. Turner is as comfortable trafficking in the language of theoretical physics and evolutionary biology as he is discussing the sonnet form."--Wikipedia

"To pick up Frederick Turner's Hadean Eclogues after reading several other collections is to recall Eliot on the Metaphysical poets: 'When a poet's mind is perfectly equipped for its work, it is constantly amalgamating disparate experience; the ordinary man's experience is chaotic, irregular, fragmentary.' If to a poet like Donne 'a thought...was an experience' that 'modified his sensibility,' the Romantics, Eliot claimed, 'felt by fits and starts, unbalanced.' One doesn't have to agree with Eliot on Donne and the Romantics to be struck by the intensity with which the contrast he draws is brought to mind by the poetry of Turner and some of his more ordinary contemporaries. ...At once a traditionalist and a rebel, his passion for meaning, love, art, and the idea of the holy - and his masterly command of poetic form - are on display throughout. Yeatsian in their assurance and mythic vision, their combination of esteem for the monuments of civilization and an original, even radical sensibility, Turner's poems breathe new and radiant life into what can often, these days, seem a tired, lethally compromised, and depressingly ordinary art."--Bruce Bawer, Hudson Review