The Girls on the Roof , Poems by Mary Swander

Rolling down like a mighty river, the tales in Mary Swander’s The Girls on the Roof carry the reader along swiftly and surely, with undeniable power and strength. 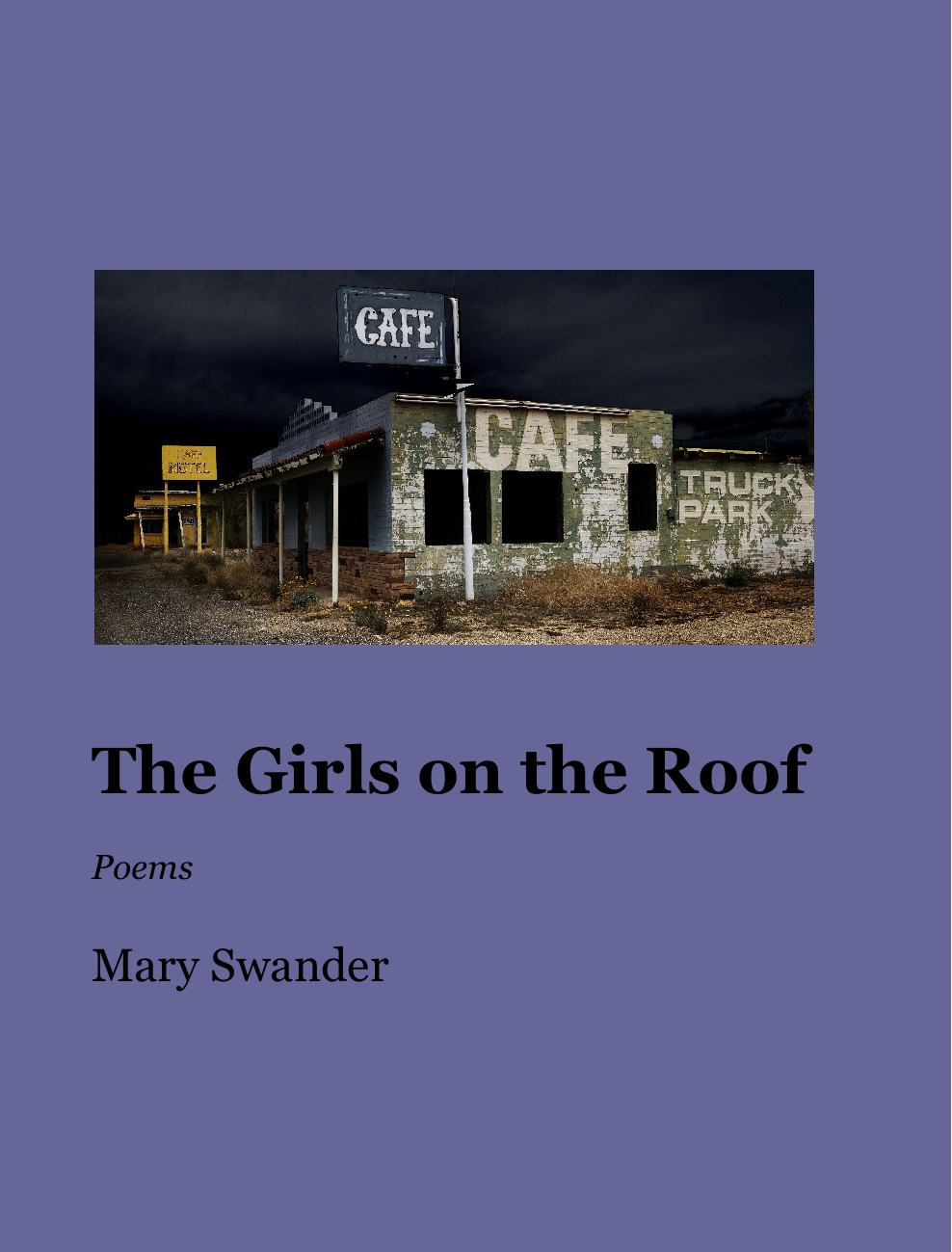 "The poems in Mary Swander’s book, The Girls on the Roof, wash over the reader as the Mighty Mississippi floods the town of Pompeii, leaving mother and daughter, Maggie and Pearl, perched on the roof of Crazy Eddy’s café. Swander has managed to invoke the power of the river for the 'river rats' who cling to its shores, or float through its excesses, as well as eloquently capture the marked cadences of tall tales told by those, dead or alive, who crowd back into Crazy Eddy’s. Like the waves of the flood, the rhythm of storytelling, 'lies,' and stormy preaching overlap with echoes of the Bible, Homer, the macabre humor of tales of yore. Swander’s concoction begs to be read aloud, to be performed. Maggie and Pearl’s struggles on the roof, the scenes in the café, the voices of Cur, Bigfoot Halloran, Maggie, Pearl, Mike Fink, and Crazy Eddy himself leap off the stage (and the roof), ready to engage an eager audience.”Elaine J. Lawless, President, American Folklore Society

"Balancing the timely with the historical, the colloquial with the literary, Mary Swander's The Girls on the Roof is a theatrical novella that tells the story of Pompei (pronounced Pom´ pee), a Midwestern town whose fate like the fate of its vivid inhabitants is bound to the mighty whims of the Mississippi. Swander's confluence of homespun voices carries the reader along on the narrative flow of a tall tale at times grotesque in its human portraiture, at times magically real in its images and events, but always moving and surprising like the consummate American river that pervades its lines.”Daniel Tobin, editor of The Book of Irish American Poetry from the Eighteenth Century to the Present (University of Notre Dame Press, 2007)

The Girls on the Roof is a big ol’ estuary of amphibian sentences. These saturated poems swim lyrically on the skim of their own narration, steep in the marsh of transformation that contains all matter of matter, solid and sublime, a river stepped in again and again, awash with waves of words.”Michael Martone

Mary Swander is the author of several books of poetry and nonfiction. Her award-winning memoir Out of this World: A Journey of Healing that was originally published by Viking/Penguin (1995) was reprinted by the University of Iowa Press in 2008. Swander is also known for her memoir The Desert Pilgrim  (Viking, 2003, a Barnes and Noble Discover Great New Writers selection.)  She is the author of three other books of poetry, Heaven-and-Earth House  (Alfred Knopf, 1994), Driving the Body Back  (Alfred Knopf, 1986), Succession  (University of Georgia Press, 1979), as well as a book of literary interviews, Parsnips in the Snow  (with Jane Staw, University of Iowa Press, 1990).  Swander has edited three books:  The Healing Circle: Authors on Recovery from Illness  (Plume, 1998, with Patricia Foster); Bloom and Blossom, a collection of garden literature from Ecco Press (1997); and Land of the Fragile Giants,  an edited collection of non-fiction and art work on the Loess Hills (with Cornelia Mutel, University of Iowa Press,  1994).  Swander received her M.F.A from the University of Iowa Writers Workshop.  She is a professor of English and a Distinguished Professor of Liberal Arts and Sciences at Iowa State University. She lives in an old Amish schoolhouse, raises geese, goats, and a large organic garden, and plays the banjo.