Waiting for Grace & Other Poems, Poems by Christopher Locke 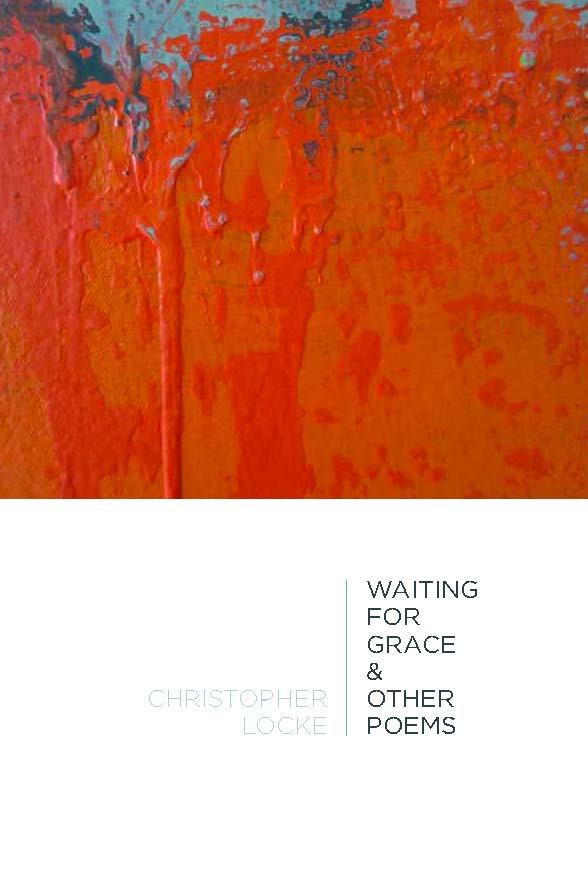 The speakers of Christopher Locke's Waiting for Grace & Other Poems regard despair as an affront, something to be resisted as if one's life depended on it: "we always tried to make sense of it all,//even as the day turned cold and late, even as/dusk called the first stars up out of their graves."

"These are honest and beautiful-sometimes wrenching-poems. Immaculately crafted, they are full of fresh metaphors and language, yet, at the same time, absolutely clear. I so admire them. - Patricia Fargnoli

"Christopher Locke is a poet with huge imaginative and metaphorical gifts, i.e., his imagination is poetic. An angry Nun stands over his speaker in the third grade '...her skirt as black/as a tornado before it inhales a barn.' Or, (in the same poem!) a teenage ballplayer's body 'is loose as rainwater.' Visceral, lucid, original--Waiting for Grace is a terrific (in the colloquial as well as its original meaning) book." --Thomas Lux

"The post-punk speaker of these poems, who confesses 'I am tired of the way I shine,' and who declares his own shadow 'redundant,' still musters awe while gazing upon his daughter's school bus, not to mention the 'dubious bling' of the natural world. Robins, quartz, ferns, dirtsong and pebble: the world outside is both a threat and a source of salvation. Christopher Locke's poems remember rage, and are nearly undone by regret, but prove faithful to pathos in the end."--Christopher Bakken

Christopher Locke is an award-winning poet, journalist, essayist, and playwright. Born in Laconia, New Hampshire, in 1968, he is the author of the poetry collections How To Burn (Adastra Press, 1995), Slipping Under Diamond Light (Clamp Down Press, 2002), Possessed (Editor’s Choice Award, Main Street Rag Press, 2005), The Temple of Many Hands (Dead Drunk Dublin Press, 2010), End of American Magic (Salmon Poetry, 2010), and the memoir Can I Say (Kattywompus Press, 2013). A recipient of grants in poetry from the Massachusetts Cultural Council, the New Hampshire Council on the Arts, and Fundación Valparaiso (Spain), Chris has won numerous awards, including two Dorothy Sargent Rosenberg Poetry Prizes, and he has been a finalist for the Atlanta Review International Poetry Competition; Georgetown Review Annual Literary Competition; the New Issues Press Poetry Prize, Transcontinental Poetry Award, and the Robert Penn Warren Award. He has also received several Pushcart Prize nominations. His writing appears widely and has been featured twice on both National Public Radio and Ireland’s Radio One. Chris is married to Lisa Williams and they have two daughters, Grace and Sophie. You can view more of his work at www.christopherlocke.net.