The Horse's Name Was Physics, Poems by George Drew 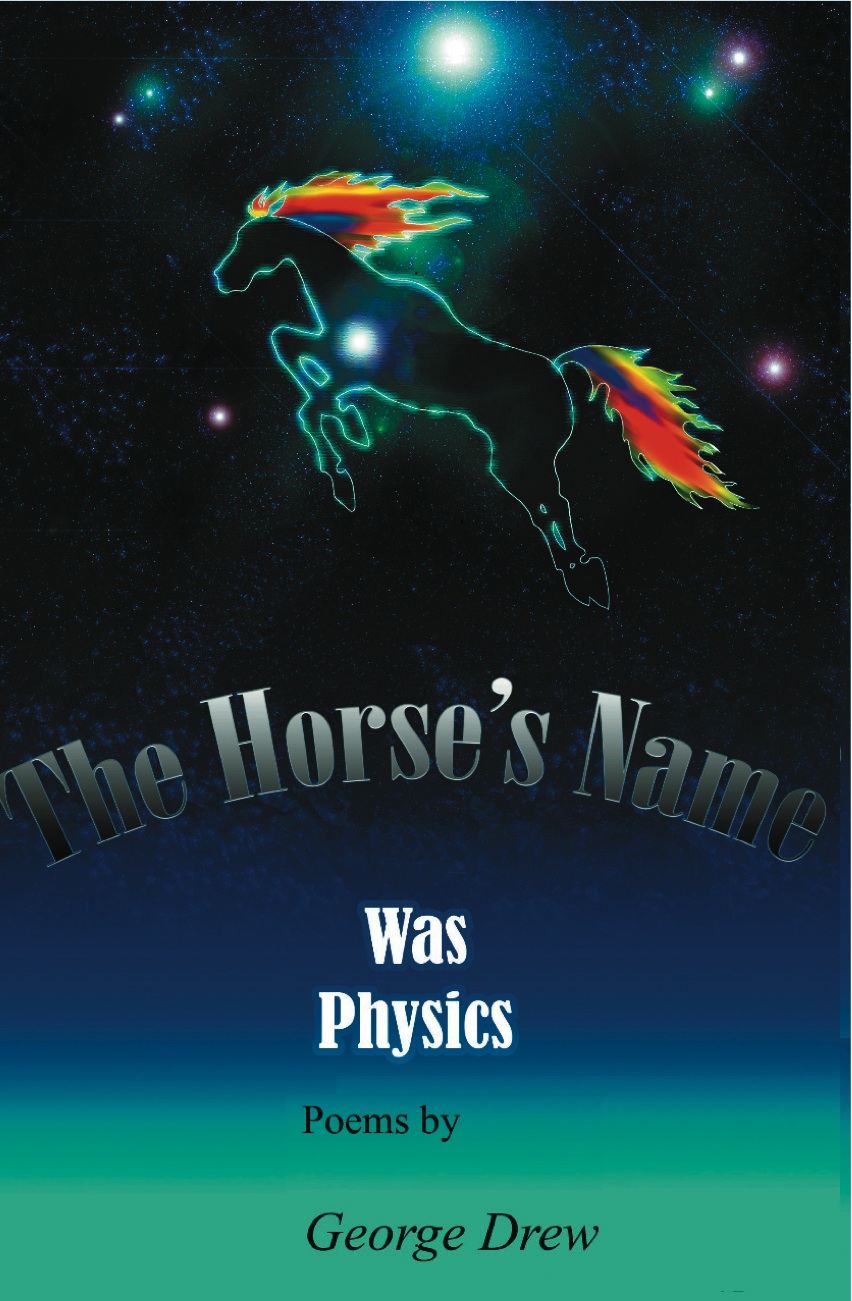 The Horse’s Name Was Physics is a fascinating narrative sequence about a pivotal moment in human history—the dawn of the nuclear age. George Drew’s meticulously-drawn portrait of the work and lives of the scientists is a rich blend of poetry, narrative, and research.

“George Drew weaves the story of twentieth-century physics together with the lives of the people who helped make it and produces a compelling vision. He uses finely-crafted poetry to recreate a world that will probably continue to influence ours for as long as human beings exist. A remarkable feat and a true treat for the mind and heart.”—Bruce Gregory, Harvard-Smithsonian Center for Astrophysics

“Amorphous, fact- and image-laden, for many years ‘the story of modern physics’ has existed in the general atmosphere of my intellectual life, categorized as one of the twentieth century’s major dramas. Not until I read The Horse’s Name Was Physics, did that drama come alive with passion and power wrought by George Drew’s economical, graceful and richly nuanced work. The story has moved from my intellect to my psyche, from a vague body of facts and images to my imaginative core. Being able to give this gift to a reader is, to borrow Wallace Stevens’ words, ‘the pure purpose of the pure poet.’”—Gray Jacobik, Brave Disguises

“In The Horse’s Name Was Physics, George Drew has captured the high tragedy of the terrifying human achievement in physics in the critical years between the two great wars of the twentieth century, and he has done that in graceful poetry (such as when he effectively casts a letter from Teller to Szilard as a villanelle). A courageous undertaking, involving not only science but also politics and history, and not only tragedy but also pathos and comedy as they played into the lives of such leading performers as Einstein, Heisenberg, and Oppenheimer, among others. A work to savor, to be read and reread as poetry, as drama, and as history.”—Harry Staley, All One Breath

“Surely, George Drew’s topic—the advent of the atomic bomb—is a myth that came to life and is the stuff, inevitably, of poetry. Drew’s book traces with great feeling, drama, and intelligence the movement from speculations about matter to “The Journey of Death.” It is a haunting progress as poetic imagination limns the awe-ful imagination of nuclear physics and the scientists caught in the hell of history.”—Baron Wormser, Subject Matter

George Drew was born in Mississippi and raised there and in New York State, where  he currently resides. Toads in a Poisoned Tank, his first book, was published in 1986, and a chapbook, So Many Bones (Poems of Russia), in 1997 by a Russian press, in a bilingual edition. One of his poems received an Honorable Mention in the Robert Frost Foundation’s poetry competition, 2002, and another in the W.B. Yeats Society’s competition, the same year. He was awarded a residency at the Vermont Studio Center in 2004, and that summer he was a Guest Poet at The Frost Place in Franconia, NH. He was the winner of the 2003 Paumanok Poetry Award.